It’s a shame that when you’re looking for brunch places in DC with vegan and gluten free options, there are really only a handful of places that come immediately to mind. Cafe Green is always top on the list because of their menu and central location, but they’re also notorious for having bad service and being a bit discombobulated.

When I met up with Katelyn (New Kid on the Vegan Block) there this weekend, they were certainly true to form. The first mistake was our bad – we assumed they served brunch on Saturdays, but it’s only on Sundays. The rest were their bads.

There was a mix up with our food order, we didn’t get our “superfruit” cocktails until after our meal, and they kept trying to take our coffee away.

Either way, their “famous” veggie burger was pretty darn tasty, and the coleslaw was great piled on top. I love daiya cheese for its Velveeta-like creaminess, and the peppers were also a nice touch. You can see Katelyn’s tempeh sandwich on her post. 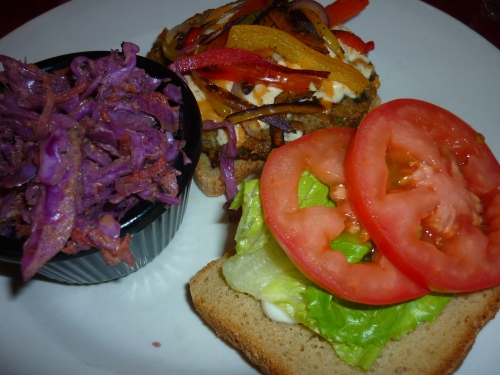 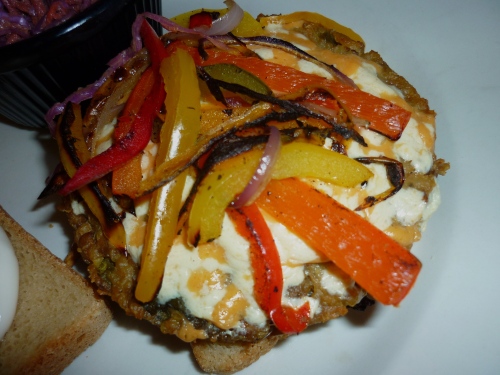 Now I will commence a rant on Udi’s bread:

I really need to stop ordering sandwiches at places with Udi’s bread. It’s not good, I end up paying extra for it, and it’s small and not flavorful. Why don’t more restaurants have local gluten free bread? Or at least attempt to make their own? The bread that comes out of my breadmaker is approximately 900 times better than Udi’s. I get that Udi’s is probably the cheapest option for restaurants, but it’s just so…lame.

K, rant ended. My hatred for Udi’s bread grows stronger every time I eat it though.

My recommendation for going to Cafe Green? Don’t go with someone who is going to complain about the service, only easy going people who don’t mind waiting/dealing with weirdness. Also order the mac and cheese and the cheesecake. They’re the best things on the menu. Also make sure if you want brunch you go on SUNDAY.

I brought home with me some chocolate banana cheesecake (amazing), and some of Katelyn’s homemade granola bars! (also amazing). I know she’s been working on perfecting her recipe, but I can’t imagine them getting much better. They’re my favorite kind of granola bars – moist, flavorful, and addictive. 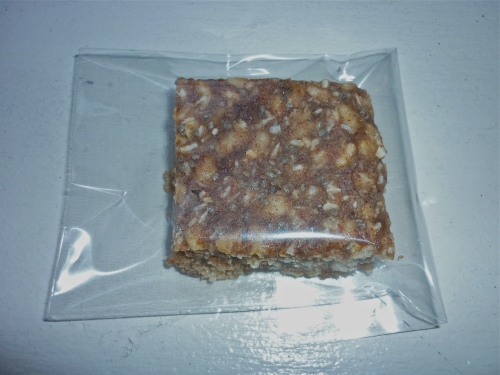 Now I still have to go back to Cafe Green for brunch at some point, because they have a few pancake/french toast plates that sound delicious. Maybe I’ll bring them some of my bread so they can think about replacing that Udi’s with something more…edible.