Last week was restaurant week in DC. I loved restaurant week in NYC because you could try out some of the city’s best eateries for just $35 for three courses. While it was sometimes difficult finding a menu with a gluten free option for each course, I got to try places like Mesa Grill and The Breslin for a fraction of the normal price.

So when I saw Art and Soul on the list of restaurants for DC’s restaurant week, I jumped at the chance to taste Art Smith’s menu. If you don’t know Art, he’s the hilarious Southern chef who was on Top Chef Masters. I checked out the restaurant week menu ahead of time, and was sold at “buttermilk-ricotta panacotta, macerated peaches, local honey”.

Everyone else started their meal with this lovely gluten-fest of bread. 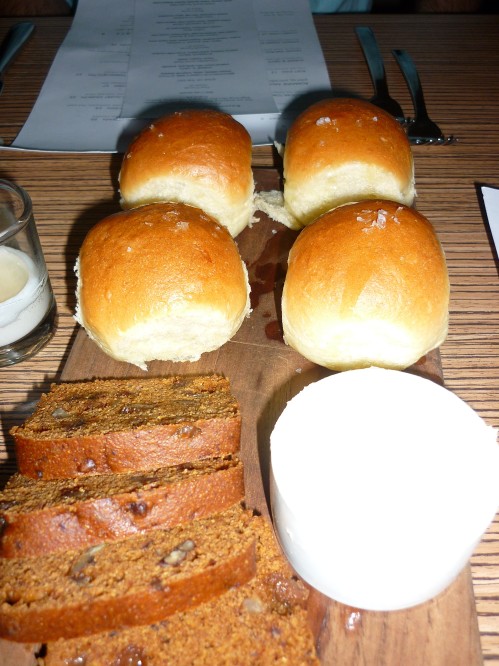 I chose the soup as my first course – heirloom tomato, minus the breadcrumbs that usually come on top. It was a nice starter – there were really spicy peppers as the garnish, plus it was just so pretty. 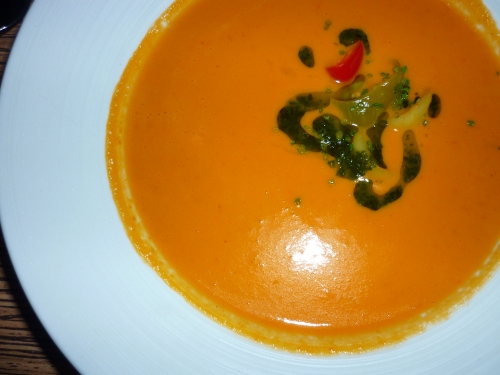 One of my friends got the shrimp and grits, which I would have gotten, but I would have had to ask them to omit the andouille sausage, and I didn’t feel like making a fuss with every course. I told the waitress that I had a gluten allergy, but she wasn’t overly accomodating.

Doesn’t it look so yummy though? That’s pickled okra on top. 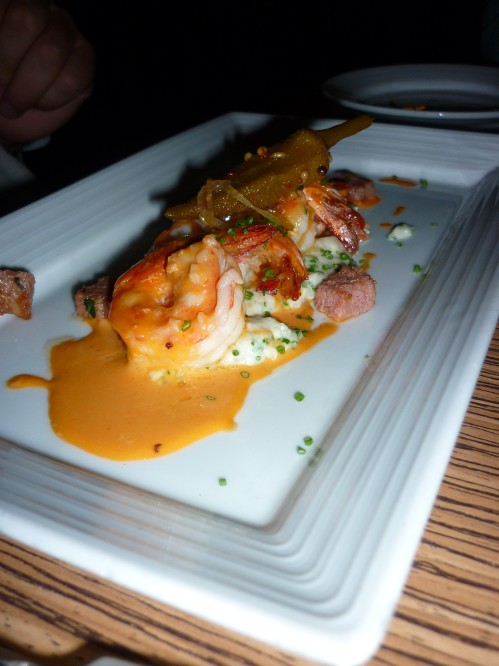 I originally wanted to get the flounder as my main course, but I wasn’t sure what was in the sauce, and I didn’t feel like pestering the waitress with more questions, so I got the “dirty rice”. Basically like a risotto with sauteed mushrooms on it. Again, it was good, but more of a side dish in my opinion than a main course. 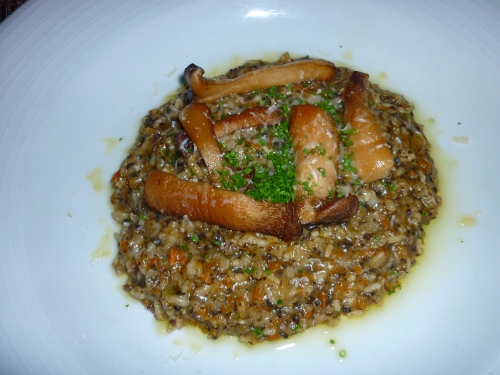 For dessert they didn’t have the panacotta on the menu! Such a bummer.

I hate when my only option is sorbet or ice cream, it’s kind of torturous to watch everyone else indulge in bread pudding and chocolate tortes while you eat the same thing that’s on the kid’s menu.

I asked them to put on some whipped cream to make it a bit fancier. 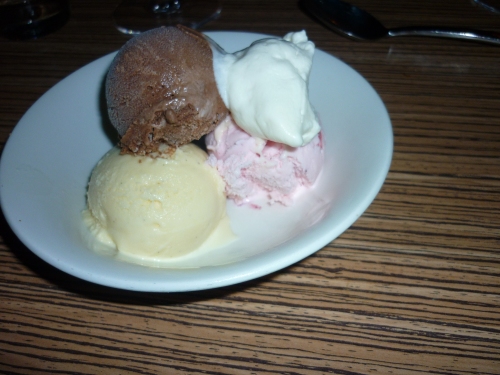 All in all it was a run-of-the-mill dinner for me. My fabulous company made up for the small portions and utter lack of protein in my meal. The atmosphere is great there too, but the service…not so much. It seemed like they were not very happy that it was restaurant week, and were lowering their standards.

I still love you though, Art Smith. And even though this experience didn’t blow my mind, you are still a top chef in my book.

This dinner also reminded me what a difference having an understanding/enthusiastic server can have.  Have you ever made compromises on your dining decisions because of a server?