This Saturday was DC Veg Fest, on the campus of George Washington University. Usually vegetarian/vegan events are gluten free-friendly, plus I love vegetables, so I was pumped. 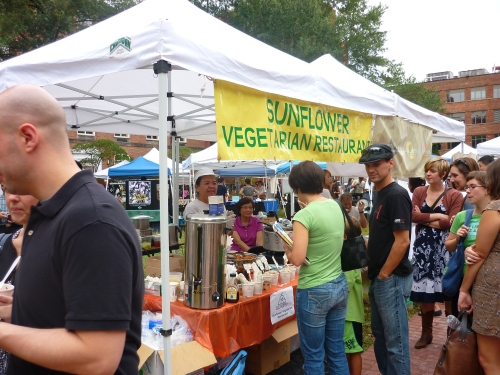 Right away the tent for Sunflower Vegetarian Restaurant caught my eye. 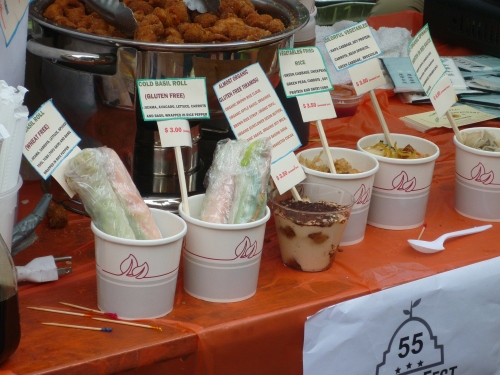 They had spring rolls and tiramisu that were marked gluten free. Unfortunately, by the time I walked around and got back to their tent, they were out of tiramisu. So sad.

Next logical choice? Mung bean pancake from Cafe Green. Just kidding, it was no tiramisu, but it was fine. I wasn’t really expecting mung beans to blow my mind. 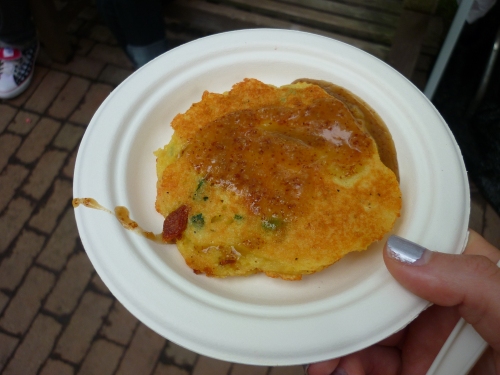 Now, not to be a hater, but there were a few things about the VegFest that irked me.

And that concludes my VegFest rant. I think I should stick with my gluten free peeps from now on.