I’ve heard that there is no good Mexican food in DC.  The only rave review that I’ve heard is for Casa Oaxaca, which I still need to try.  Since most Mexican food is naturally gluten free, it’s such a shame.  I’ve been craving the Veggie Jenga from Pachenga Patterson like woah lately.

After a few hours of checking out the Dog Days Sidewalk Sale on U Street, I was getting hungry. I did score a deal on a vintage bracelet from Junction though, which made me happy on the walk over to El Rinconcito.  My foodie friend had heard that it was good and authentic. 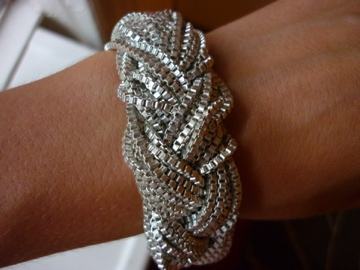 The place was a total hole in the wall, but nearly every table was full on a Saturday at 3pm, which was a good sign.

I started with the fried yuca, because I love that stuff.

Then, after I struggled over a language barrier to order and tried to recall something of my five years of Spanish classes, I ended up with hard shell tacos with black beans.

Oh how I love a nice fluffy pile of shredded cheese.

Even though it was really simple, it was still just what I wanted.  Next time I will have to try the pupusas, which everyone else in the place was downing by the plateful.  The manager told me that they were just made out of corn flour/masa, but I couldn’t really understand him, so I stuck to hard shell.

After googling, it looks like pupusas really are just corn flour and water, and naturally gluten free.  I’ll just have to go back!  Since I’m sure as heck not going to attempt to make them myself.  Although Nicole at Gluten Free on a Shoestring sure does make it sound like fun.

Also, apparently pupusas are everywhere in DC, according to the DCist.  They can be found at Pupuseria San Miguel, Irene’s Pupusas, El Rinconcito I & II, or El Charrito Caminante).  Must get some immediately.  Cuz how yummy does this look?

The only thing that would have made my Mexican food experience more complete would have been a margarita, like the one I had the night before at Hill Country. 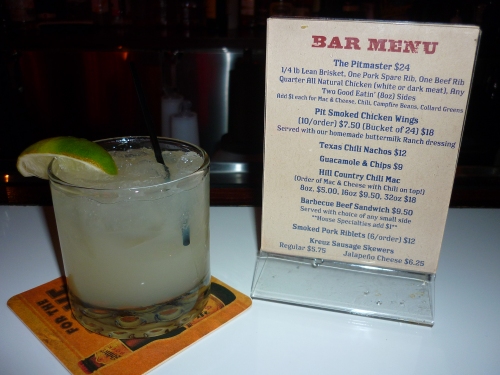 Do you know of a great Mexican place in DC? Or how to say “gluten free” en Español? 😉