After picking up a shirt from the dry cleaners that I sprayed with curry sauce when I got Thai food from Sticky Rice last weekend, I stopped into Firehook Bakery in Cleveland Park on a whim. 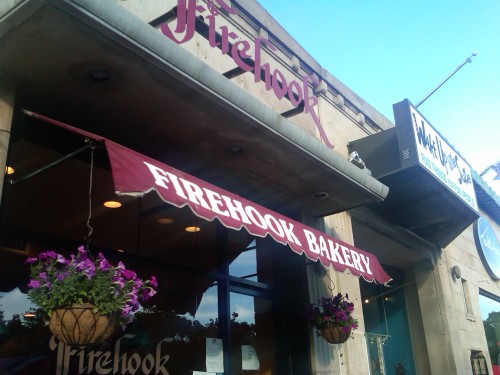 Usually I try to avoid bakeries because of their forbidden fruits and torturous smells.  But I thought I remembered something about them having gluten free options, so I figured I’d check it out.

The guy working there told me that they sometimes have brownies, but since they get all of their food delivered from the central Firehook bakery, they don’t have them all the time. 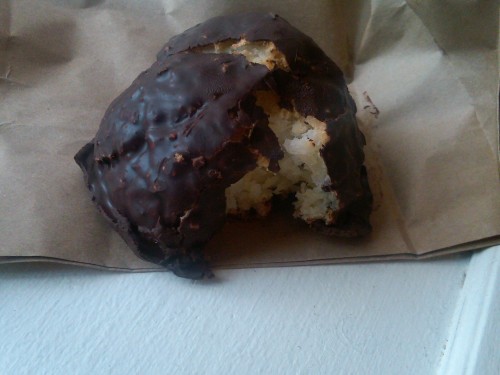 After waiting all of five minutes when I got home, I broke into it.  Um…amazing.  The chocolate is dark, but creamy, and the macaroon in the center is really moist.  Plus it’s the size of a tennis ball, which doesn’t hurt either.

If you wanted to make them yourself, I’m sure you could use this recipe tutorial which features a really awkward old people on Facebook interlude around the 2:00 mark… but why do that when the ones at Firehook are this good?